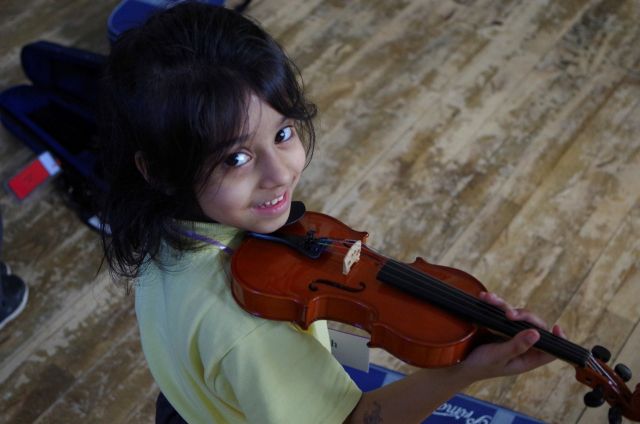 The power of art and creativity to help 'treat' the problems caused by chronic child neglect was highlighted in Glasgow recently.

As many as one in 100 young people in Scotland are affected by neglect in childhood or adolescence and it is viewed by many child protection experts as an epidemic.

Professor Brigid Daniel, of Stirling University, which hosted a seminar on the topic, describes child neglect as extremely damaging and intractable. But the event, run by WithScotland explored the way arts schemes are helping to undo that damage.

But it is notable that young people themselves will often choose to use art, theatre and dance to express themselves when given the chance - such as through the youth-led activities at the Hot Chocolate Trust in Dundee which works with scores of children who hang out on the city's streets.

The work of the Big Noise communities in Torry, Aberdeen, Raploch in Stirling and Govanhill in Glasgow was highlighted by Chris Harkins, Senior Public Health Research Specialist, at Glasgow Centre for Population Health.,

The orchestras can point to evidence of change in the lives of children from disadvantaged backgrounds who gain social and life skills, using music making to foster confidence, discipline, teamwork, pride and aspiration, he says. The benefits often spill over from the young people to build resilience in the wider community.

YDance has run sessions for young parents, benefitting their children and the parents themselves who become less isolated and better supported.

We already know how effective such creativity work can be. And we know the direct and indirect costs of neglect.

So it is a puzzle why such under-the-radar therapeutic work is often funded in a short-term, ad hoc way. Perhaps it is precisely because it is under the radar. One of the ways such work succeeds is that therapists and psychologists may find young people who have been neglected resistant - but approached through the arts, professionals can seem less threatening. The same applies to parents of neglected children who can quickly become entrenched within a sense that 'everyone's out to get them'.

But given the extreme and long-lasting social costs of neglect, maybe governments local and national should take a closer look.