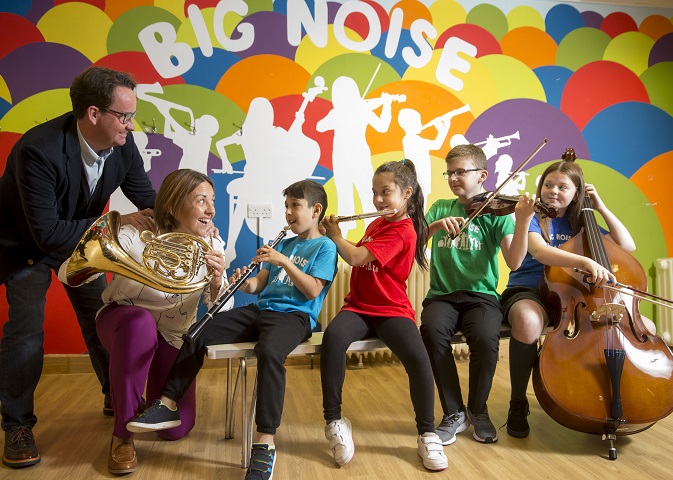 We are absolutely delighted to announce Kezia Dugdale and Andrew Wilson as our newly appointed Sistema Scotland board members. We're very excited for the expertise and passion they will bring in helping us to transform the lives of even more children across Scotland.

Kezia Dugdale said: “Sistema Scotland’s Big Noise programme is already helping close to 3,000 children develop a range of both musical and non-musical skills, improve their self-esteem and forge friendships with their peers. Our young people deserve the very best support to truly believe in themselves and to reach their full potential. I’m looking forward to being part of Sistema Scotland and helping the charity to reach even more children and communities.” 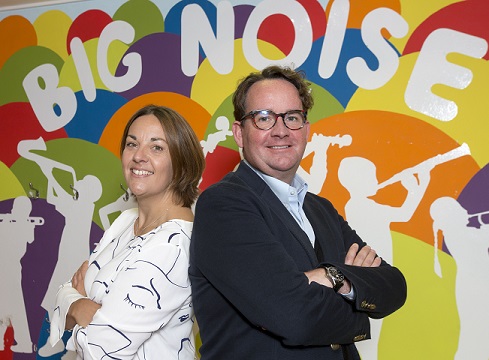 Andrew Wilson said: “Sistema Scotland has impressed me hugely as a charity that is about economic inclusion. They demonstrate the pivotal role of the creative sector in helping meet the very real economic challenges we now face. This is about helping each other live better lives but is also about the bottom line of economic inclusion. I am honoured to be asked to play a small role to help them steward their mission to do more of what they do so brilliantly in more communities that need them across Scotland.”

Benny Higgins, Chairman of Sistema Scotland, said: “I am delighted to welcome Kezia and Andrew to the Board of Sistema Scotland. They bring a wealth of knowledge and experience to our organisation, as well as a huge commitment to meaningful social change. We have a strong Board already, but these appointments bring even greater strength as we focus on supporting even more children in Scotland.”

Kezia Dugdale was born in Aberdeen and studied Law at the University of Aberdeen, before completing a Masters' degree in Public Policy at the University of Edinburgh. She previously served as Scottish Labour's Deputy Leader, Shadow Minister for Youth Employment and as Shadow Cabinet Secretary for Education and Lifelong Learning. She was an MSP for Lothian region from 2011 to 2019, sitting on the Economy, Jobs and Fair Work Committee as well as the Scottish Parliamentary Corporate Body. She was leader of the Scottish Labour Party from 2015 to 2017. In April 2019, she was appointed Director of the John Smith Centre for Public Service at the University of Glasgow.

Over the last 25 years Andrew has become a well-known figure in business and public life as an economist, former politician and communications strategist. After graduating with a degree in politics and economics from the University of Strathclyde, Andrew began his career in the civil service in the Government Economic Service. He then worked as researcher and economist for the SNP before a short spell as a business economist at RBS.

He was elected as a member of the first Scottish Parliament in 1999. There, he served as Shadow Minister for, variously: Finance, Economy, Transport and Lifelong Learning. In 2003, Andrew re-joined RBS as Deputy Chief Economist. During the banking crisis, he served as Head of Group Communications and was intimately involved in the bank’s high-profile engagement with the City and the UK Government during those tumultuous times. In 2012, prior to the launch of Charlotte Street Partners, Andrew joined global marcomms giant WPP Group in a client strategy role working with agencies and group across the full range of services including media and advertising. Andrew writes and broadcasts regularly.

He is a Trustee of the John Smith Centre for Public Service and the Edinburgh International Culture Summit and a member of the David Hume Institute and Institute for Fiscal Studies. In September 2016 he was appointed to chair the Sustainable Growth Commission, which reported to the First Minister in May 2018. He was also a member of the Independent Commission on Referendums based at UCL's Constitution Unit, reporting in July 2018.